Thanks to the IT knowhow of Tim Williams 9 of us were able to take part in an on-line meeting, a week after a trial run on our scheduled meeting night (April 6th) ironed out a few bugs.

Tim showed us progress on his latest project, a HOf logging line on a 1m by 45 cm piece of foam insulation board, including some log carrying bolster he had 3D printed at home (including the 6.5mm gauge wheel sets) and some pointwork bases at considerably less cost than the Busch versions. Tim had also been using his 3D printer to make some bespoke tracksettas for Lee Allen for 6″ and 9″ curves to help Lee with track laying on his planned new 6′ by 2′ layout “Mawddach Sheds”. 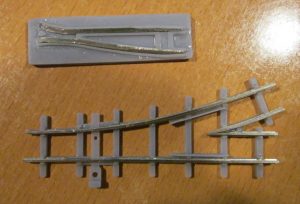 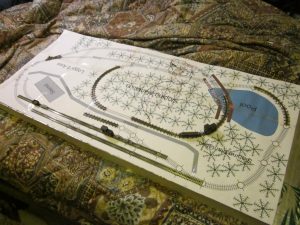 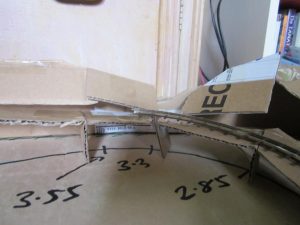 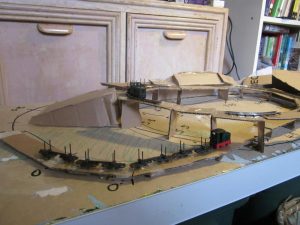 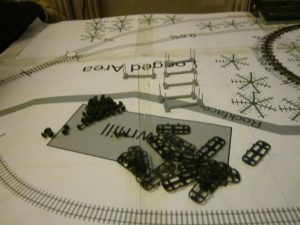 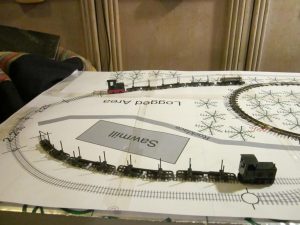 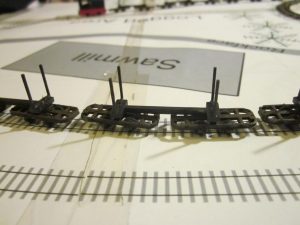 Blair Hobson was able to join us briefly until his phone’s battery ran down and showed us progress on his new HOe layout “The Kingdom of Ostrovia” and his latest acquisition of a 3D printed Resita locomotive body on an 0-8-0 chassis built by Ben Powell using a Farish 08 with RT Models parts to add a 4th axle and working valve gear. 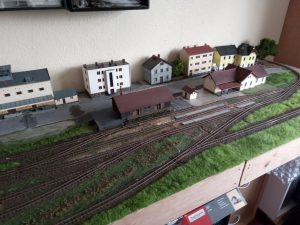 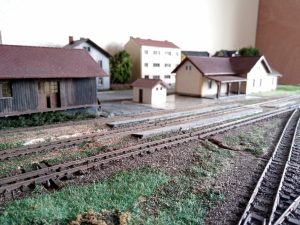 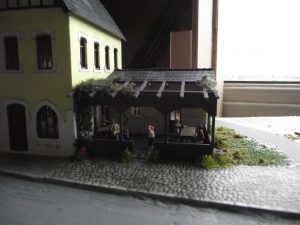 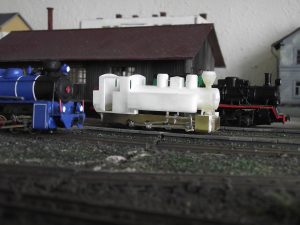 Julien Webb eventually managed to get a working connection and was able to talk about his current workbench projects rather than just listen to everyone else! These include some figures for his Nechelles Government Railway directors saloon (that’s only been waiting since 2005 for passengers after being built from an Eisteddfod coach for a Chairman’s Challenge), a brace of SRB ‘Gamecock’ chassis that have been progressing very slowly as demonstration stand fodder, a pair of RT Models ‘Chattenden’ diesels (one from the late Pete Smith’s collection) that need finishing and the chassis for the next build. As a change for ‘old’ stuff he also showed a chassis that Ben Powell kindly built from a Farish 08, Robex printed cranks and RT models valve gear for a Dundas SLGR 85 / W&LLR 14 white metal loco kit. 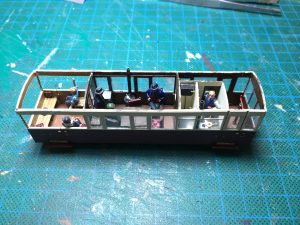 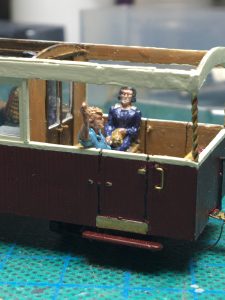 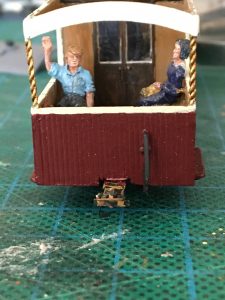 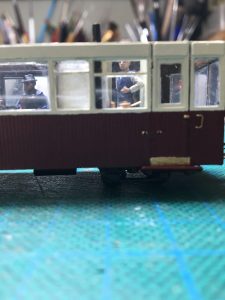 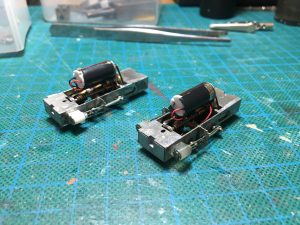 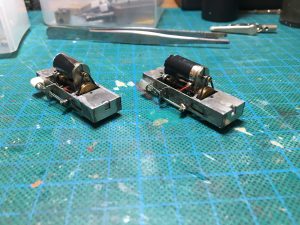 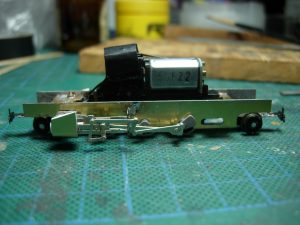 David Churchill had also been busy, having wired up a small pizza test track that allowed us to see his latest model running. This was one of the new Minitrains tram locos which David had enhanced with the even newer detailing kit from Tramfabrik that includes brass nameplates, coupling rods and other enhancements. 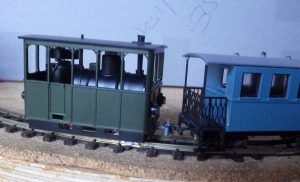 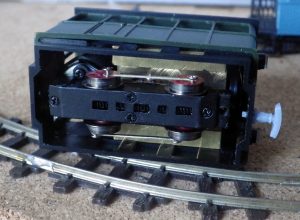 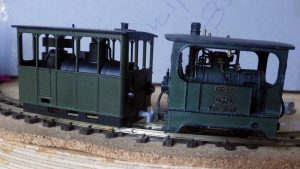 The plan is to try to continue with some form of monthly online meeting during the current crisis, and these will probably be taking place on the ‘usual’ meeting nights.